Can You Sue on Behalf of Your Injured Child? 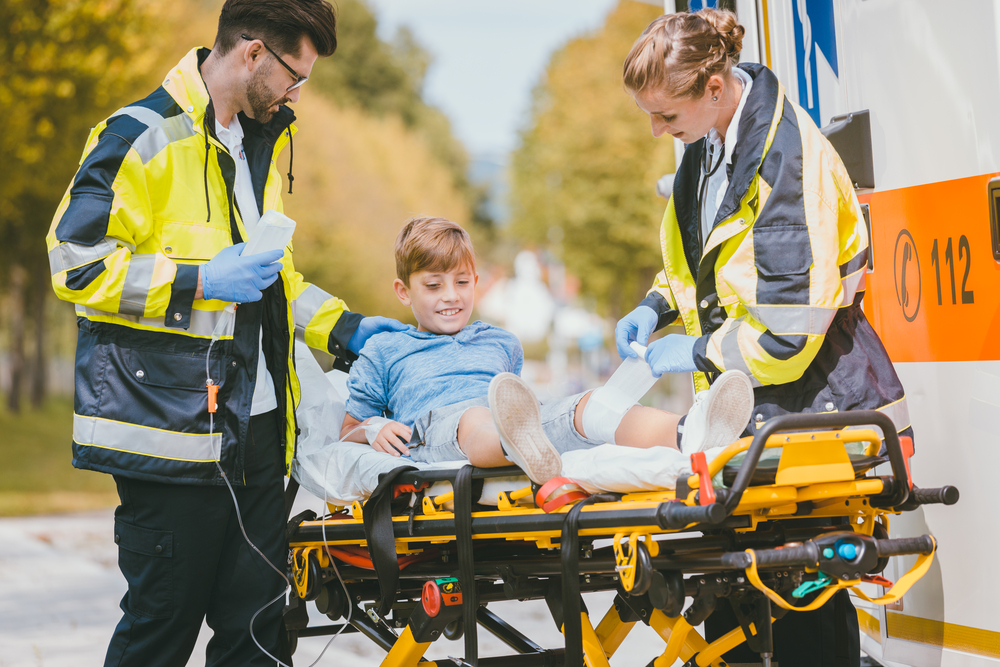 There are few things more heartbreaking as a parent than seeing your child seriously injured. Odds are, you may be experiencing anger and sadness and guilt, and wondering what you can do to make things right. While you can’t turn back the clock, one option that is available to you to right the wrongs done to your child is to take legal action against the person who caused the injury. Keep reading to learn a little more about how personal injury cases involving minors are handled.

In most injury cases that involve a minor, the claims against the party causing the injury are typically presented in two parts. The first part of the claim will actually be your claims against the individual, as the parent of the injured child. This typically would involve things like expenses involved with caring for your child’s injury, such as medical treatment, therapy, and long-term medical care. Because these expenses would fall on you after your child is injured, you would have to be the party filing for recovery of those expenses. Additionally, any legal expenses associated with pursuing the claims would be considered a part of your personal suit, not your child’s.

The second part of these claims would be any damages that are personal to the child. Typically, these are not monetary damages, but would include complaints such as disfigurement, physical impairment, or pain and suffering. Because the child is the one who was injured, such claims would belong to them. However, because minors cannot file a lawsuit themselves, you can act as their representative and bring those claims against the injuring party on their behalf.

While the claims against the person who injured your child may be divided into two parts, it is typically still considered to be a single case. Both your individual claims and your claims on behalf of your child would be brought forward in one suit. Most often, these cases are worded similar to this: “Jane Doe, Individually, and as Next Friend of John Doe, a minor…” followed by your claims.

This phrasing means that, though you are the claimant on the suit, you are filing for your own claims (such as medical expenses) as well as on behalf of your minor child for their claims.

If you and/or your child receives a settlement or award of any money from the cases, the funds will be divided. You will be individually awarded with a predetermined portion for the medical bills, attorney’s fees, and other claims that you filed suit for. The remainder would be allocated for your child. However, because the funds belong solely to your injured child, they cannot be simply given to you.

The court will most often protect a minor child’s settlement funds by placing them into a trust account. This trust is usually maintained by the court, where it will continue to earn interest until the child reaches the age of 18, or is otherwise emancipated and declared an adult. At that time, the money can be released to your child and used however they wish to use it. Most often, children receiving a distribution of settlement funds when they reach adulthood will use the money to enter college or trade school, or to otherwise begin their lives as adults.

Parents can petition for the court to release a portion or all of a child’s settlement money early. However, it is extremely uncommon for the court to agree to this, and will only be done if the court agrees that those funds are being released in the best interests of the child. This is because those settlement funds in the trust are viewed as belonging solely to the child, and the court does not allow for the child’s funds to be used for the parent’s financial benefit.

If your child has been injured due to another person’s malice or neglect, please reach out to us at The Harr Law Firm. We can help you to file a legal suit against the injuring party so that you receive compensation for the expenses associated with your child’s injury, and so that your child can receive some financial atonement for the suffering they have endured. While we know that no amount of money can ever truly repair or erase what has happened to your child, we want to help to make right the things that can be made right. Give us a call today and schedule a consultation.