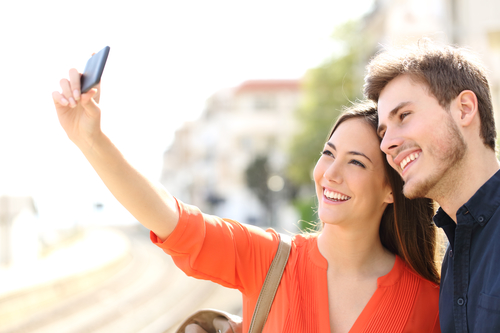 Social media plays an important role in many people’s lives. While it can be helpful to share ups and downs with friends online, anything you post on Facebook, Twitter, and similar sites can negatively affect your divorce case. The information that’s found on these sites can be used as evidence against you or for you, which is why we advise you to be careful about your social media activity. Here we’ll explain how your online actions can impact everything from alimony to custody and child support.

It Can Be Used As Evidence

It used to be difficult to gain information during a divorce case. It could take weeks of coming through records to find out that one partner was hiding income or having an affair. Nowadays, you can unearth this type of information with the click of a few buttons. And recent developments have shown that your online activity can and will be used as evidence in a court case.

You already know that your social media profiles are somewhat public. Even if only your friends can see them, one of them might be friends with your ex who can take it to court. Your emails and text messages are also subject to subpoena and can be used to prove that you had other income or that you weren’t the responsible parent who you claimed to be.

While Facebook doesn’t collect financial information directly, social media posts can give away more than you think. For example, a person who claims in court that they’re unemployed may find their request for alimony denied once social media posts prove that they have freelance income that they’ve been hiding. Similarly, if you say you have no money but post pictures of going on vacation with your new partner, this raises red flags in court. In short, your social media account can reveal unreported income, hidden assets, and other information about your finances.

It’s not uncommon for spouses to agree to see other people while they’re pursuing a divorce. However, a judge probably won’t look kindly on your romantic pictures with your new partner before the divorce is final. Technically, that is considered cheating. They may also think you’re too busy with your romantic excursions to effectively parent or find a job.

To obtain child custody, the court must be satisfied that you’re of good moral character. If your social media accounts are bursting with pictures of you getting drunk at parties or playing video games all day, they may not award you custody or enough visitation rights. Obviously, you have the right to have a good time, but it’s just not a good idea to put it on the Internet. If you’re trying to get custody or visitation rights, you should never post pictures of being drunk the night before you forget to pick up the kids. The lawyers on the other side will put two and two together, and that will make your case look even worse.

Everyone uses social media to vent about their lives. It’s natural to complain about your ex, too. However, when you do it on social media, you leave a permanent record of your words. You can’t erase them, and a judge won’t look kindly on you badmouthing the other parent. While they’re not expecting you to be a perfect human being, they are looking for maturity to feel good about giving you custody of your kids. And as tempting as it may be, don’t vent about the judge or divorce proceedings – it could really backfire later.

How to Protect Your Case

During a divorce case, it’s probably best to stay away from social media. That ensures you won’t post something in the heat of the moment that you’ll regret. Also keep in mind that other people can tag you on your social media account, so you may want to monitor that activity as well. If you insist on using social media while you’re going through a divorce, at least take a minute to think about what you write. If you wouldn’t feel comfortable with a judge reading your posts, don’t publish them.

Going through divorce is complicated enough without adding social media to it. If you need further guidance on what to do and what not to do during your divorce, we can help. Give us a call or use our contact form to get in touch!